About the Housing Market Indicator

The Dutch housing market is one of small proportions but with many faces. Addressing and interpreting the differences in the right way is key for investors. As an objective indicator of the current market situation we developed the Housing Market Indicator (HMI). This tool provides a quick but thorough overview of the Dutch housing market from a residential investors perspective. The HMI will be updated twice a year.

The HMI is made up of 12 key determinants. Not only economic and housing market developments are included, developments in the field of sustainability and the situation of Dutch (residential) consumers are also important factors. The rental housing market and the satisfaction of tenants in the important middle segment of the housing market are reflected in the HMI. This unique composition of factors constitutes an indicator which offers a solid reflection of the elements that are important for Vesteda as a residential investor and for other investors.

The 12 drivers of the HMI are divided into 4 different quadrants with 3 drivers per quadrant. The 12 drivers are scores on a scale from 1 to 10, based on the best available data. We believe transparency is very important, that is why we only used public-data. It should be noted, however, that with some drivers the data lags behind the market situation as no recent data is available. To arrive at a score, the data has been placed in historical perspective as far as possible. On some drivers, there is little historical data available which means only data from recent years is used. The data from most drivers was then scored on a 10-point scale where the historical lower and upper limits were determined as the maximum range. Only on the drivers GRESB and customer satisfaction are the actual scores used. The average of the scores on the 12 drivers was then used to calculate a final score. As the indicator only contains historical data, predictions are not included in the HMI.

As the manager of the largest residential fund in the Netherlands, Vesteda believes it is important to increase the knowledge on the Dutch residential investment market and to promote transparency. With the Housing Market Indicator, Vesteda therefore offers more insight into current market developments on the Dutch housing market.

Cities are good for us:
Greg Clark on Urbanisation

This is the metropolitan century. From 1980 to 2080 humankind is making a spectacular and historic trek from being 40% to 80% urbanised, and cities are now the dominant way of life. Two billion more people will be added to the world’s cities between now and 2050. We are already a third of the way into this century. In effect, this means that over the next 50 years, a new global urban system is being set in train.

Cities reduce poverty, they don’t cause it

Other things being equal, cities are good for us. A new science of cities is evolving. The World Bank’s 2009 World Development Report showed that the rise in living standards in lower income countries is correlated with urbanisation: cities reduce poverty, they don’t cause it. Recent OECD studies have shown the economic advantages of urban proximity and exchange: cities help make businesses more productive. The IPCC observes that cities are the key sites for climate change action: smarter cities can be very environmentally efficient. Reports from the UN highlight the importance of well-run cities to secure development goals. In almost all fields of daily life, the city is an important context, or shaper, of life chances and human outcomes.  The promise of global urbanisation is a better life and a better planet. We can identify 10 global megatrends that are shaping cities:[1]

10 global megatrends that are shaping cities

We also observe a series of concurrent disruptors that are distinct from these mega-trends but have the capacity to accelerate change or to ‘tip’ or ‘nudge’ the way the mega-trends play out and how nations, regions, and cities respond.

This metropolitan century is also full of uncertainty, risk, and unintended consequences. Those who lead and manage cities look to avoid becoming locked in to old models of growth that are unproductive, unsustainable or unequal. The side effects of city growth can be seen in pollution, inflation, segregation, and congestion. Urbanisation brings critical choices and challenges that must be addressed.[3] Without intervention growing cities quickly exceed the capacity of their systems and bad urbanisation ensues. Populations then start to resist the urban growth path.

But what is clear is that none of the disruptors, even in combination, indicate that a cycle of large-scale de-urbanisation might take place in the foreseeable future. Instead they all reinforce the need for cities to adapt the way they are planned, managed, financed and led in order to cope with unexpected drivers of growth and change that lie ahead.  Together the megatrends and possible disruptors present a variety of imperatives for cities, and for how their growth will have to be managed in order that they stay competitive, liveable and sustainable in the next 30-40 years. The shift is underway worldwide towards effective growth management of cities, integrated city regions, and fit-for-purpose city systems and tools with which to plan for the longer term.

Despite the smaller size and competitive pressures that Europe’s cities face, the metropolitan century has the potential to be good for Europe. Europe’s cities are better equipped with universities, cultural facilities, transport systems, and flexible urban forms than many cities in other continents. Europe’s cities have been quicker to embrace the imperative of climate change and their populations are less resistant to the reforms that are needed to make urbanisation work. Dutch Cities benefit from great connectivity and have flexible means to grow using their metropolitan areas and multi-city regions as a system for growth management.  Dutch cities are leaders in technologies and innovations that the world wants to buy. So Dutch cities can succeed by seeing urbanisation in the rest of the world not as a competitor but as customer for Dutch innovation.

Imperatives for all cities

Growth in cities is now a certainty; but whether that is bad growth or good growth depends on other crucial variables.  These include the quality of urban leadership, infrastructure investment and metropolitan planning, and how far they are combined. It also includes how the five new urban economies will drive land and systems reform: the knowledge and innovation economies, sharing economy, circular economy and experience economy can all act as catalysts for better urbanisation.  They also drive new real estate business models.

The built environment of cities is undergoing profound change. Real estate must take on three new pressures and adjust to the changes they bring: the integration of public and private space presents a stewardship conundrum; the specialist requirements of new industries and enterprises involves new amenities and infrastructures, changed business models and increased flexibility; and the more intensive use of all space means a new life cycle approach and distinct asset management tactics. New zones, districts, quarters and precincts are emerging as new populations and economic activities find their spatial logic.[5] For residential developers there is the first imperative to build genuinely affordable housing in growing cities. This requires more efficient use of space. So, sharing approaches are growing, and this means attention to public and shared space. This requires new mixtures and use and more popular density. A second imperative is to reduce residential segregation by building mixed income settlements. Finally, the challenge is make zero carbon housing the market norm.

We are only one third of the way into this metropolitan century, but we can already see that the real estate sector is in reform. 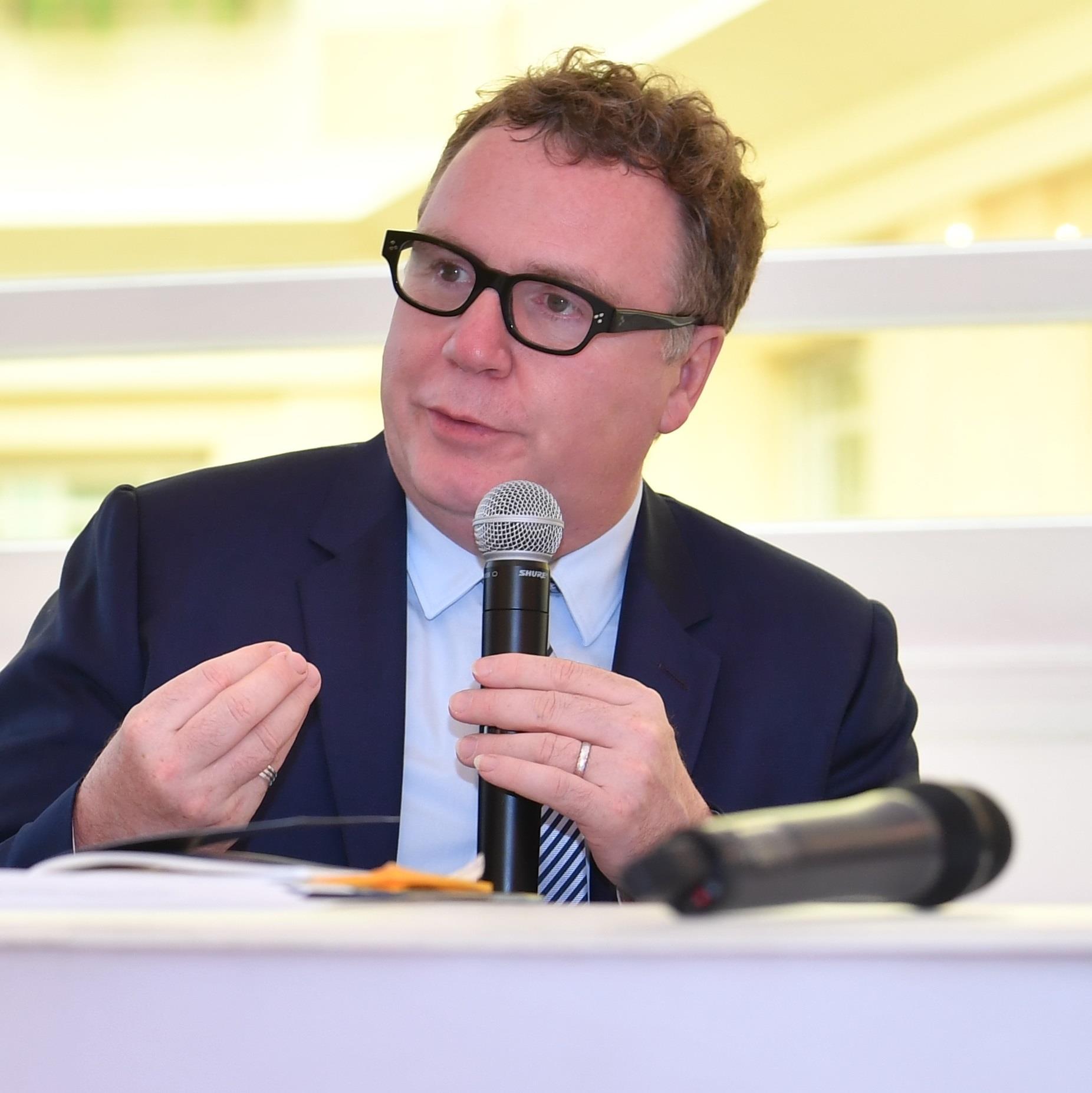 Information contained in this Market Watch has been prepared for informational purposes only and is not intended to convey or constitute legal, tax and/or investment advice and is not a substitute for obtaining appropriate advice from a qualified advisor. You should not act or refrain from acting upon any such information without first seeking appropriate professional advice on the particular facts and circumstances at issue. The information presented in this Market Watch is provided "as is" without representation or warranty of any kind. We do not represent or warrant that such information is or will be always up-to-date, complete, or accurate. Any representation or warranty that might be otherwise implied is expressly disclaimed. We are not liable to you or others, in any way or for any damages of any kind, arising from this Market Watch, or your access to or use of or reliance on the information contained herein.

Please contact Erwin Evers at e.evers@vesteda.com if you have any questions or comments concerning the Vesteda Market Watch.

The photographs, figures and all the other content in this site are subject to copyright and intellectual property of Vesteda. It is not allowed to copy any pictures, figures or other content. Please contact Vesteda if you have any questions regarding the use of the information and/or figures and pictures as displayed in the Vesteda Market Watch. 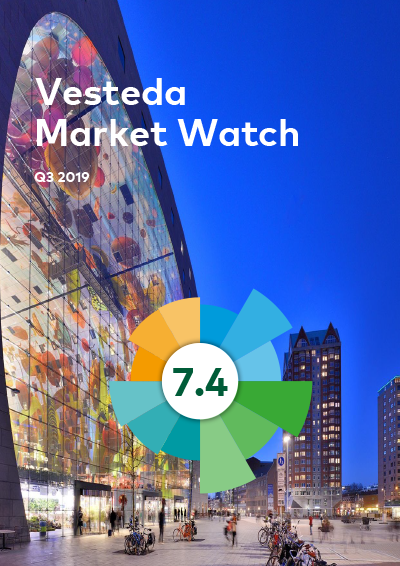 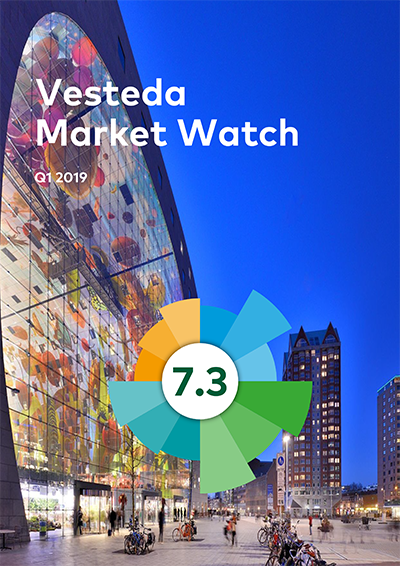 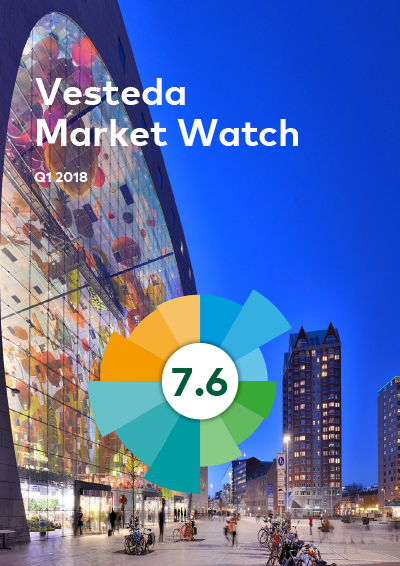 The housing market indicator haven’t changed much for the third quarter in a row. This implies the market is in balance. However, when looking at the drivers of the HMI we can see a different picture. The Dutch housing market can still be characterised as a seller’s market. Housing prices are in some regions flattening off but the prices in general are rising faster than the long-term average inflation rate.

This situation is influenced by high demand and low supply caused by historic low mortgage rate, low construction numbers, a favourable economic situation, etc.  The Nitrogen Crisis, which is a result of not meeting the European regulatory requirements on this matter, leads to even more pressure on the supply.

On the other hand, there are some signs of the housing market moving into a lower gear. Homes are sitting on the market for a longer period. The economic growth is slowing down. And despite the fact consumer confidence hardly changed, the overall opinion of the Dutch consumer on the economic climate as well as their willingness to buy have deteriorated slightly. It is not sure how these developments will evolve but domestic economic risks have become more prominent.

Another important factor which will be of influence is climate change. The built environment has a major impact on greenhouse gas emissions and the changing climate. The attention of Dutch institutional investors on this matter is reflected in the GRESB score of 7.6 of all Dutch non-listed residential funds. At the same time, the overall developments in the Netherlands on sustainability issues remain limited and will need to be speeded up in the coming years if the country is to achieve its climate goals.